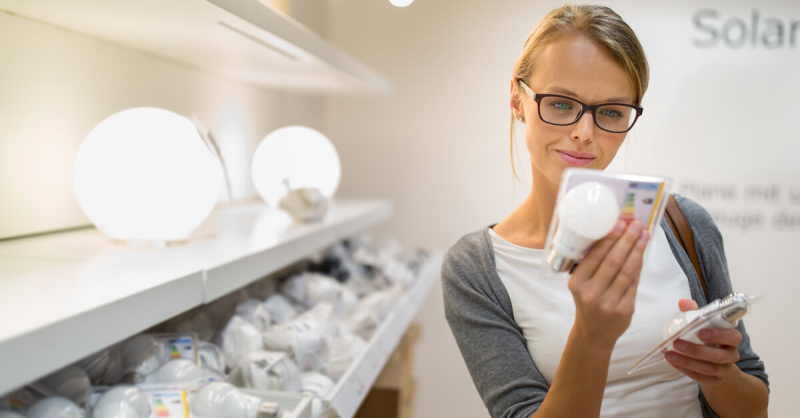 When speaking to people about the benefits of retrofitting homes and buildings to LED lighting, we hear a lot of misconceptions being thrown around — both good and bad. In this piece, we’re going to reply to some of the most common misconceptions and misunderstandings people have about LED bulbs and LED lighting in general.

This isn’t actually a misconception, but rather a misunderstanding of how many LED bulbs work. Unlike tradition lightbulbs that have a single light source, most LED bulbs have many small lights emitting diodes housed within a single bulb. For some models, “dimming” means reducing the number of diodes that emit light. While this is the case for some models, there are certainly dimmable LED bulbs and LED fixtures.

“LED lights take a bit of time to warm up.”

LED lights do not take any longer to light up than compact fluorescents or incandescent light bulbs. If anything, because there is little to no “heat” generated by an LED bulb, they’re not even capable of “warming” up most of the time. They just emit light precisely when you want it.

As nice as it would be to sell a product that never needs to be replaced, this one is also not true. While LED bulbs last considerably longer than their lighting alternatives, there will always be some degree of fading over time. Many LEDs can last upwards of 10 or 15 years, though!

“Light from LED bulbs is too white and sterile.”

If a sterile white bulb is what you’re after, LEDs can certainly fit the bill. Still, there are plenty of varieties of LED color temperatures available. One of the reasons why many believe that LEDs are only available in sterile white varieties is because they were first developed and used for commercial purposes. In recent years, every variety of LED color temperature has been developed to meet every need imaginable.

While it is true that one LED bulb is considerably more expensive than a compact fluorescent or incandescent bulb, the true price of the bulb has to take lifetime value into consideration. LED bulbs last many years longer than the above-mentioned alternatives and use a fraction of the energy. For this reason, LED bulbs are actually the better investment.

Most people who first balked at the price of LED bulbs probably have not looked at the price of the average LED alternative in some time. More manufacturers have jumped on the LED train, increasing the availability of LED lights and lowering the price. LED lights are considerably more affordable than they were a decade ago.

This would be a misconception of pure ignorance. LEDs are quite mysterious to the average consumer because they give off little, if any, heat whatsoever — making their light very mysterious. The fact of the matter is that the light emitted from LEDs is just that: light. In fact, LEDs don’t emit infrared light or ultraviolet light, which also keeps them very efficient.