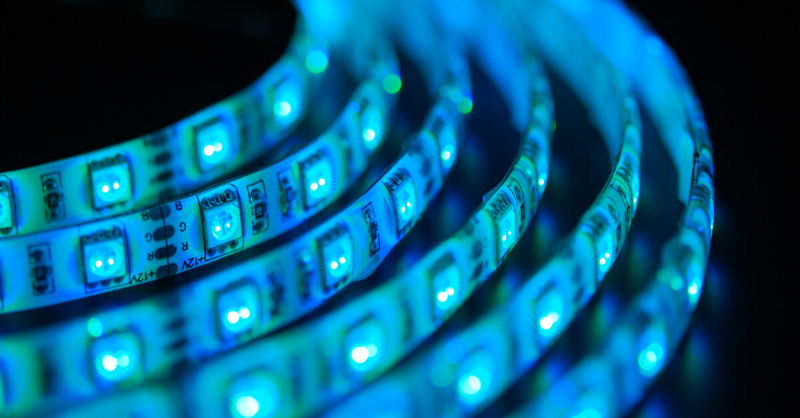 Even though LEDs are present in items most of us use several times a day, how they work remains a mystery. In this piece, we’re going to look at how LEDs work in a way that most of us can understand. After that, we’ll investigate how even invisible light from LEDs can be useful.

The Basics of How LEDs Emit Light

“LED” stands for “light-emitting diode.” This diode is actually a semiconductor that emits visible light when an electric current flows through its structure. How this happens is that electrons reassemble with what are called “electron holes.” When this happens, the state of the electron is changed. The electron loses energy in the form of a photon. This photon is a form of light radiation that is visible to us humans. The greater the amount of energy released from the electron, the higher the frequency of photon light given off. The frequency of photon light energy given off can determine the color of light visible.

How Invisible LED Light Is Utilized

We all know that LED light is useful as a visible light source, but what about invisible light? When photonic light is emitted from the light emitting diode (LED), that doesn’t mean that we’ll be able to see all of it. Humans can only perceive light within a certain color frequency and brightness. The human eye is only capable of seeing light between 390-700 nanometers on the electromagnetic spectrum. Because of this, LED light can be utilized for more than simply light than we can see. An example is the use of LEDs used in remote controls. Infrared LEDs on the end of a remote control emit light that is received by your television or other electronics. This light is able to transmit coded messages that certain electronics can interpret. If you could see is this light, it would somewhat look like you were shining a small flashlight in the direction of your television each time you wanted to change the channel or increase the volume. LEDs can also be used to send messages through fiber optic cables in the form of infrared light.

Fun side notes: different animals can see different spectrums of light. A bee, for instance, can see between 300-650 nanometers — which means they can’t see the color red, but they can see colors on the ultraviolet spectrum that are invisible to humans.

If you’re more curious about how the visible light from LEDs can illuminate any place for your home or business, the LED professionals at Lighting Inc. can help.